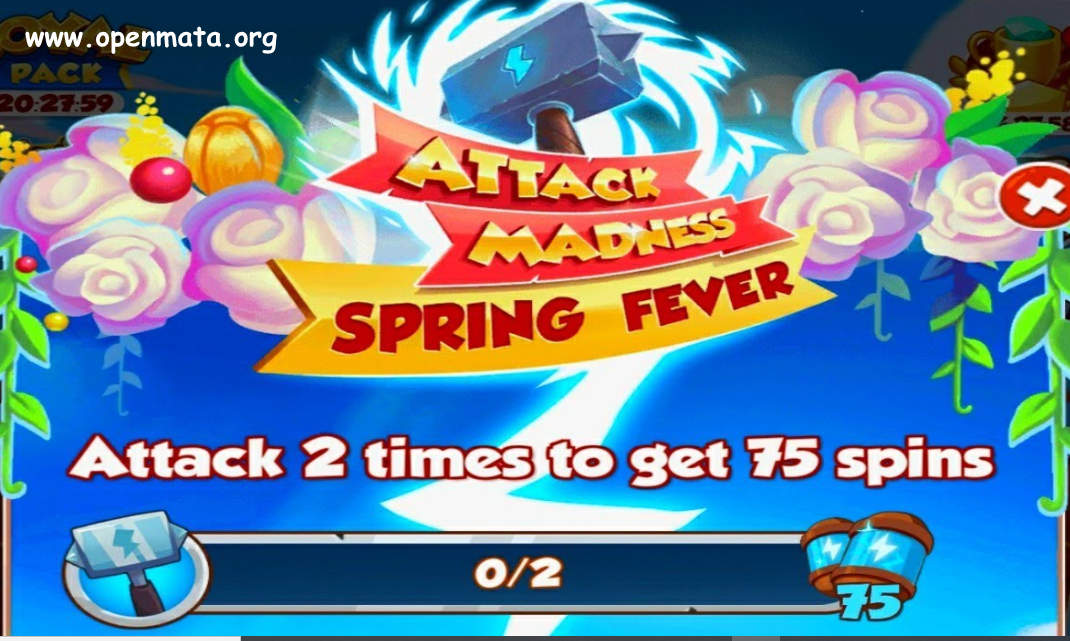 Like the name itself Attack madness, so basically, it is an event which will allow you to get many items by doing attacks on other villages and friends. This is basically a vice versa game, if you attack someone’s village you will also get attacked because the event is all about attacking and collecting rewards. In the starting, you may not get many rewards because that’s how the algorithm works however the more you play the game the more there are chances that you will the rewards in your coin master account. 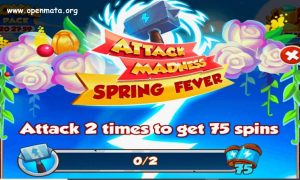 Be perfect in Attack Madness

Usually, there are no shortcuts to success but if you play coin master with tactics and mind you can be a pro player in the Attack madness event, Just like the raid madness this also has a pattern that needs to be followed, if you play any of the events by remembering the pattern then we are sure you can beat attack madness event as well. The best tip which was given while playing this event was by betting 10 times after every attack. Now again you can increase your bet to the maximum unless you get attacked again. This method is useful only in Attack madness events because in this event you will get maximum attacks so you can win this game.

The second secret to get ultimate success in this game is you should always play this game by using the items given for your convenience, We often ignore many things in the game and we don’t play the game with full energy. The biggest mistake many of us do is that we always use our every spin while playing the game, Now when you get the chance to attack you are out of Spins. so it is always recommended that you keep the spins spare for attack and you can then get your ultimate mode turned on. Now when you get an attack play the game up to 3 times using 1x bet and after that again set it to the maximum which is 10X. Doing this will get the maximum amount of rewards for you in the Attack Madness event.

However playing with these tactics might cost you some extra spins so it is always recommended that you save spins for further attacks, because once you are over with spins chances are less that you can get more rewards.

How to enter in Attack Madness Event

Strategy is all that you need in this game, So just open notes on your android phone and now you have to note down all the small details you notice while the event is happening. Now the first thing you have to notice is the number of spins between all attacks you are getting, doing this will help you play the game with one trend. There is a similarity in almost all the tournaments that if you note down their pattern you can take advantage of that in the game later.

Pro tip: Always make sure that you use the spins when required. Wasting spins may give you a lot of loss because events are limited and if once the event is over then you won’t get a chance to play them again.

So this was all about the best ways to play attack madness event, we hope this guide helped you. In case if you have any doubt feel free to write them down in the comments section below we will help with your query as soon as we can.

This article has been updated with the best ways to play Attack Madness Events and get Coins, Spins, Xp for September 2021.