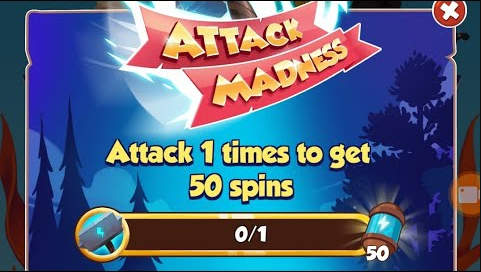 There are many events in the coin master game and among all of them, the raid madness event is the most common event, and also it is played the most. The base concept of this event is that you have to raid villages of other people and in return, you get massive rewards like coins and spins. When you start raiding villages you won’t get much higher rewards but as soon as you play this game more, you will get bigger rewards.

Every Event needs strategy and tactics to work, so the same goes with this raid madness event. If you play this game with mind and strategy then you will get many big rewards which you can’t get even in simple events. The Name of the event says itself that it is basically based on raiding other villages and in an attack master event you get chances to attack other villages. So Raid madness is totally based on raiding villages of your friends and enemies. 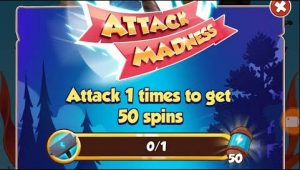 The Best way to win at Raid Madness

If you want to successfully complete the raid madness event then 1 thing you need to keep in mind is that you have to play the raid event slowly, and you might have already heard that slow and steady wins the race. So thats also applicable here. There is a strategy to get maximum success in the game, all you need to do is just wait for a raid and after that start counting spins, keep counting till the spins reach 50 spins. Make sure you use this while raiding your bet for 1X bet only so that you don’t get much damage if anything goes wrong in the game. Now again start raiding at a higher level and after that again lower your bet level. Try this, again and again, to achieve maximum success in the game.

The best way to earn from raids

Raids are completely useless until you know the best way to earn from raids,  As we already mentioned earlier that the best way to play this game is by counting the attacks. Because after every 1 raid there will be 1 attack. By counting you will be able to get the idea about the pattern and you will be able to predict when you will get raid and attack. So all you need to do is just wait for 3 attacks. After that, you can set the bet level to X3 and then start playing the game again. This is the best way to get the maximum out of raids. 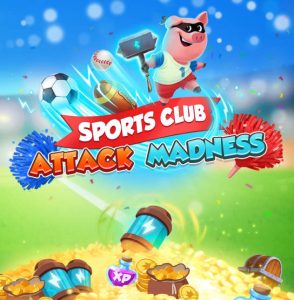 Get Free Spins to Get Maximum Raid chances in Coin Master

You might already know that if you have spins in the game you can play as much as you want because the most important thing in the game is the spins. Now it also happens many times when we are out of spins and just because of that we stop playing the game. If you also stopped playing the game because your spins are over you can get these free spins to play the game daily.

Every game has some tips and tricks, We often ignore pets in coin master and dont use them properly, but if you keep your foxy active and then you start raiding other villages then you get double the amount of reward. So while you are going to play the game make sure you make your pet active and then start raiding the villages.

Basically, there are two major events in the game and they are called Attack master and raid madness, Both the events say their purpose in their name itself. Like in the attack master event you get many chances to attack and for that also there is a pattern.

Now just like in the Attack master, there is a raid madness event. Now you might have already understood what is raid madness if not then raid madness events give you the maximum chances to raid on other villages and get coins. Now there is a pattern you need to follow every time and that’s that after every 3 attacks you will get 1 raid so just maximize your betting and then start playing the game so that you get upto 3x more.

Foxy is the Pro pet

Foxy is usually the most underrated player in the game because of its easy availability, But you must understand that while you raid villages foxy is the one who can get you maximum amounts of coins and other items. So always make sure that you use foxy wisely and keep it in priority. Once activated foxy will be active for 4 hours.

So this was all about Raid madness events in the game, we hope this guide helped you. In case, if you have any doubt feel free to always write that in a comment below.

This article has been updated with the ultimate tricks to win Raid Madness Events for September 2021.